Richard Rosenthal and partner Brad Karsky had a simple vision – create a casual Italian bistro experience. The result: Max A Mia. Opened in 1991, it was named “Best New Restaurant” by Connecticut Magazine in its first year, and “top-grossing restaurant in its size” by Restaurant Hospitality.

More than two decades later, and twice its original size, Max A Mia is the quintessential Italian experience in the Greater Hartford area. It also continues to garner awards and accolades. The Hartford Advocate crowned it a “Best Italian Restaurant” in 2004 and Zagat’s Survey awarded it an “excellent” score of 23.

An extraordinary and comfortable 25-foot granite bar has elevated Max A Mia to the social place in the Farmington Valley. The dining room features wood and tile, warmly lit by custom fixtures to create a sophisticated and luxurious – yet friendly, family environment. Bradford Karsky’s first introduction to the food service industry was by his grandfather Anthony Nazaruk, a former chef at a prominent restaurant in Hartford. Starting as a bus boy in an Italian restaurant in the city’s South End, he acquired a taste and passion for the business, and decided to make it a career. He graduated from Rochester Institute of Technology with a degree in Restaurant Management.

Hired by Westport Restaurant (a division of Marketing Corporation of America), he helped develop and open two new restaurant concepts. Brad was also one of three people who traveled the Northeast heading-up a service opening team, which opened more than 20 restaurants in affluent suburbs of Washington, D.C., Philadelphia and New York City.

Building on his Westport Restaurant experience, Brad later created two high-end delicatessens in Hartford. That is where he met Richard Rosenthal. When Richard decided to open Max A Mia, he approached Brad and asked him to be the general manager. With years of continued excellent food and quality service Mr. Karsky's talents have never been stronger. 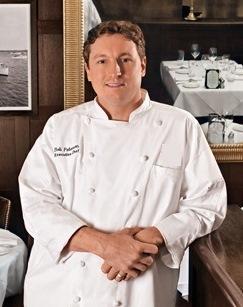 Prior to joining Max Hospitality, Bob Peterson spent years perfecting his craft and passion for food in Colorado and New Mexico. He then moved with his family to Connecticut in 2011 to become Sous Chef at Max Fish in Glastonbury.

Soon after that, he became Executive Chef and worked in the kitchen there for a number of years before moving over to Max's Oyster Bar in the fall of 2018. His expertise and creativity helped maintain the culinary standards that the restaurant has cultivated over the years and continued to keep it as the “Best Seafood Restaurant”, as voted in a number of recent local polls.

Now as the new Executive Chef at Max A Mia Ristorante, Bob brings his passion for Italian food to the restaurant and is excited for this new endeavor. For more information about the current open positions at Max A Mia and other Max restaurants, visit the Max Hospitality website.